Back from the Tourney!

Sorry I haven't been posting in a couple days. I was just very busy with all this other stuff. But now I can finally tell you how the Tournament went! Well, I mostly guided, and made sure people were following the rules. I showed up around when it started: 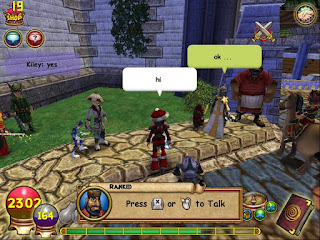 As you can see, people were already starting to enter in at their bracket time. Man, at that time of day, there were so many players online, it was crazy! Anyway's after I did a little guiding around, me and my friends decided to swing on over to the Storm Lord real quick to pay a visit: 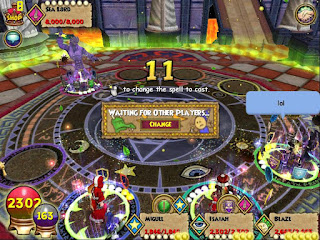 After that, I decided what the hey, and went on over for the Free for All bracket during the end of the Tournament and played a couple rounds. I would like to thank Fallon Shadowblade for putting on and handling/scheduling such a big event! Keep on playing Fallon! As for me, I am going to head on over to the arena, or wherever the Spiral takes me.
Till next time!
~Isaiah Spelldust
Spell Casted by Isaiah Spelldust at 1:59 AM