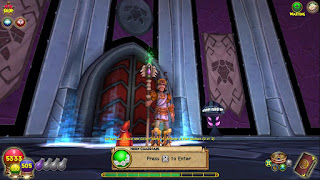 A little update on where I'm at in the game. Still in Khrysalis but made it to the level 100 milestone woo! Gonna obviously check out Darkmoor (in which I heard is good for gear farming but we will see) but right now just have some decent aquila gear on which gives me some good crits! And my healing in/out is pretty decent to. Just need to boost my overall resistance/blocking/shadow pip chance. But we will get there! Also I really REALLY need to buckle down on crafting and jewel crafting (more on that later!) But yea! Message me with any crafting tips or just leave a comment its been a while! See ya!
Spell Casted by Isaiah Spelldust at 5:24 PM