It looks like the secret of Grizzleheim isn't a secret anymore. I got the latest news on the new world from the What They Play website :
Popular magic-themed online virtual world Wizard101 will be getting a huge brand new area added to it next month with the release of Grizzleheim. According to the team at the game's publisher, KingsIsle Entertainment, the new area is "inspired by Norse mythology," and that "Grizzleheim is an airy, outdoor landscape of snowy mountains, glacial ridges and towering trees that is home to three new Wizard101 tribes – Bears, Wolves and Ravens. Players will first encounter the Viking Bears of Grizzleheim, great traders with the ability to travel the worlds of the Spiral, in the free-to-play areas of Wizard City. As student wizards adventure through subsequent worlds, Grizzleheim will offer new quests, new locations to explore, new opponents and new Viking-themed decorative housing items interspersed throughout the mid and higher levels of the game."
Grizzleheim is expected to roll out beginning in June. As with other new content for the game, the world will launch first on the Wizard101 test server, where subscribers will help beta test features before it goes live in the game.
You can read our coverage of Wizard101 right here. Check out the new character art and screen shots from Grizzlehelm below. The main game can be downloaded and played for free on your PC from Wizard101.com.
___________________________________________________________
Here are some of the screenshots I found there too, the housing looks awesome! 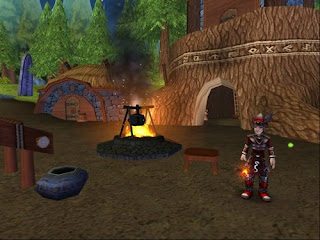 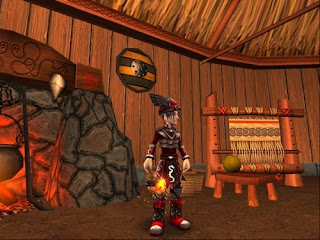 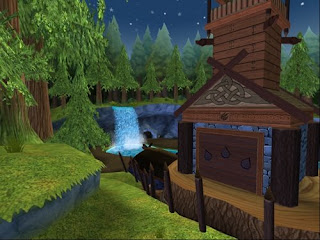 I wonder if this world will be harder than DragonSpyre? I guess it would since it's a whole new world with all new bosses and levels. Another question came to mind as well. Will the max of Wizard levels be 50? Or will the creators make it go higher considering the new worlds of Celestia and Grizzleheim. The creatures in Grizzleheim look cool as well too.
~ Isaiah Spelldust

Spell Casted by Isaiah Spelldust at 11:41 AM